by Evan Shane, Esq. in Uncategorized 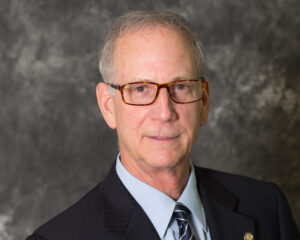 Amid recent concern over changes to immigration policy, the Sun Sentinel sought Michael Shane’s expertise in the matter. The news article discussed south Florida immigrants who are nervous about their status. Fear of deportation is particularly strong since the Trump administration announced it would tighten enforcement restrictions. This has brought immigration law in Florida and elsewhere sharply into focus.
From his experience as an immigration attorney in Fort Lauderdale, Shane characterized the current situation this way:

“There is great fear and trepidation, 24-7. People are extremely worried, including naturalized citizens who have no reason to worry. They feel like this is not their country anymore.”
The article goes on to cite some immigration statistics:
• There are 11 million undocumented immigrants in the U.S.
• The concentration of immigrants in Florida is the fifth highest in the country
• 450,000 south Florida residents could be affected by new enforcement standards

Though President Trump says his expanded deportation policy is meant to weed out criminals, many immigrants living in south Florida are law-abiding citizens. Still, they are nervous.

Shane describes the reaction of many of his immigration clients and potential clients.
“In my office we have gone through boxes of tissues,” said Shane, an immigration lawyer in practice since 1978. “I’ve never seen anything like it.”

Many immigrants prepare for their possible deportation by making arrangements for their children in their absence. Others, of course, seek help from immigration legal experts. Although the current situation is alarming, there are possible legal remedies for many.
The number of immigrants without legal status makes a mass deportation effort cumbersome and time-consuming. There is time for most immigrants to exercise any legal recourse available to them. Deportation is not a foregone conclusion in most cases.

Evan Shane is the Past President of the American Immigration Lawyers Association, South Florida Chapter. He has been named a Rising Star by Florida Super Lawyers, which recognizes attorneys either 40 years old or younger or in practice for ten years or less. No more than 2.5% of Florida attorneys are named to the Rising Star list. Evan Shane was also named to Florida Trend Florida's Legal Elite: Up & Comers 2010 list.

I-130 Petition Filed While In Deportation (Removal) Proceedings

Trump’s Proclamation on Immigration on June 22, 2020