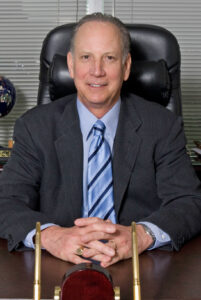 After Michael Shane graduated magna cum laude from State University of New York at Buffalo in 1974, he attended the University of Miami School of Law. He graduated from Miami with his Juris Doctor in 1977 and was thereafter admitted to practice law in Florida and the United States District Court, Southern District of Florida.  Shortly after graduating law school, Michael Shane started his own Immigration Law Practice, filling an urgent need in South Florida.  Over the years, the firm he started over 40 years ago has expanded to include his son, Evan Shane, who is also a Florida Bar Certified Immigration and Nationality Lawyer.  Michael Shane is the Managing Partner of the firm.

From 1986 to 1987, Michael Shane was President of the South Florida Chapter of the American Immigration and Lawyers Association (AILA).  Michael Shane has been a frequent lecturer at Immigration Law seminars sponsored by the Florida Bar and AILA.  He has authored articles on the Immigration topics he has addressed at these seminars.

Michael Shane was also recently named 2018 Lawyer of the Year by Best Lawyers for Immigration Law in Fort Lauderdale, Florida.